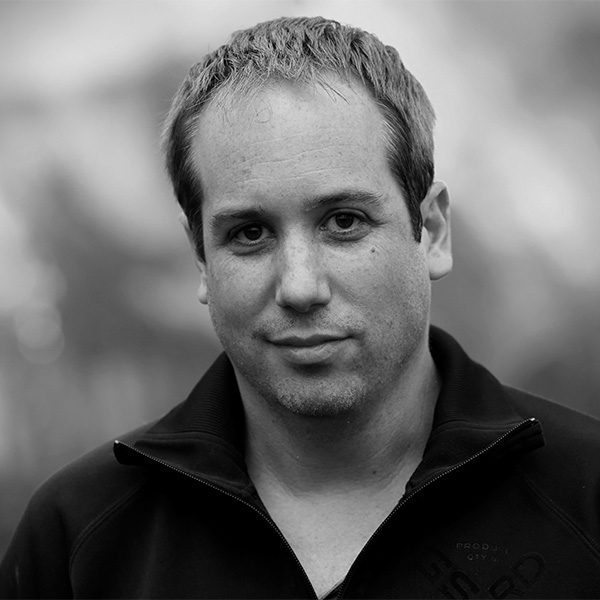 Academy Award® nominated director, Emmy® winner and DGA nominee, Kief Davidson is renowned for his unique cinematic style and known for crafting films that both inspire and entertain. His work has premiered in film festivals from Sundance to Telluride, Toronto and AFI and has launched in cinemas across the country, streaming platforms and network television. Working across many genre’s titles include MELTDOWN: THREE MILE ISLAND, THE IVORY GAME, WHO SHOT THE SHERIFF, OPEN HEART, BENDING THE ARC, A LEGO BRICKUMENTARY, KASSIM THE DREAM AND THE DEVIL’S MINER. Davidson has continued to elevate the documentary genre for over 20 years.

Kief most recently Executive Produced and Directed a 4-part docuseries for Netflix called MELTDOWN: THREE MILE ISLAND. The series covers the near catastrophe at the Three Mile Island nuclear power plant and the whistleblower who risked everything to save the community. Insiders recount the events, controversies and lingering effects of the worst nuclear incident in U.S. history.

He is currently in post-production on, THE ROYAL STUNT, an investigative art crime caper that uncovers a shady billionaire’s scheme to launder hundreds of millions of dollars worth of fake art in a scandal that engulfed the Royal Collection of Prince Charles. Directed and Produced by Kief Davidson, in collaboration with MRC Entertainment.

Kief recently served as the co-creator, executive producer and director of a 4-part miniseries for FX called THE MOST DANGEROUS ANIMAL OF ALL. The series, tells the story of NY Times bestselling author Gary Stewart, who discovers his biological father might be one of the world’s most infamous serial killers.

Kief also serves as creator/executive producer on a 6-episode series, HEROES FOR THE PLANET. The series follows social entrepreneurs who have come up with ingenious ways to fight climate change and solve future global problems.

His recent film, WHO SHOT THE SHERIFF? is a groundbreaking documentary that investigates and solves who was behind Bob Marley’s assassination attempt in 1976. The film is a Netflix Original production.

THE IVORY GAME follows undercover intelligence operatives in Africa, Asia and Europe who oppose Ivory cartels as well as the rangers and activists who fight for the species’ survival at the ground level. The film was Executive produced by Leonardo DiCaprio and premiered at Telluride and Toronto film festivals. It launched globally as a Netflix Original and was shortlisted for an Academy Award®.

Kief also directed OPEN HEART, which was nominated for Best Documentary Short Subject of the 85th Academy Awards®. The HBO film took him and a small crew to the heart of Rwanda and Sudan where he followed eight children on a perilous journey to get high-risk surgery at Africa’s only high-tech, free-of-charge heart surgery hospital.

He also directed and produced the companion film to Open Heart, called BENDING THE ARC. The feature documentary follows Dr. Paul Farmer and an extraordinary team of doctors and activists whose work thirty years ago to save lives in a rural Haitian village grew into a global battle in the halls of power for the right to health for all. The film, produced by Matt Damon and Ben Affleck premiered at the Sundance Film Festival.

Kief has directed several other prominent documentaries, including:

A LEGO BRICKUMENTARY: Released by Radius and narrated by Jason Bateman, the film delves into the extraordinary impact of LEGO and the innovative uses for it that has sprung up around the world.

KASSIM THE DREAM: The story of a former child soldier who became the junior middle-weight boxing champion of the world, The film premiered at the Tribeca film festival and won over a dozen international film festivals, including AFI, IDFA and Silver Docs. The film was a co-production with ARTE Germany/France and theatrically released by IFC Films.

His first feature, THE DEVIL’S MINER, made its world premiere at the Rotterdam Film Festival and won more than 15 awards at international film festivals including Tribeca, Hot Docs, Chicago and Woodstock. The film was nominated for Best Documentary by The Director’s Guild of America and Won the coveted Fipresci Prize at Hot Docs, Toronto.

In advertising, Kief is represented by acclaimed production company Moxie Pictures where he has directed commercials for global brands such as GE, Toyota, Absolut, American Express and Facebook. 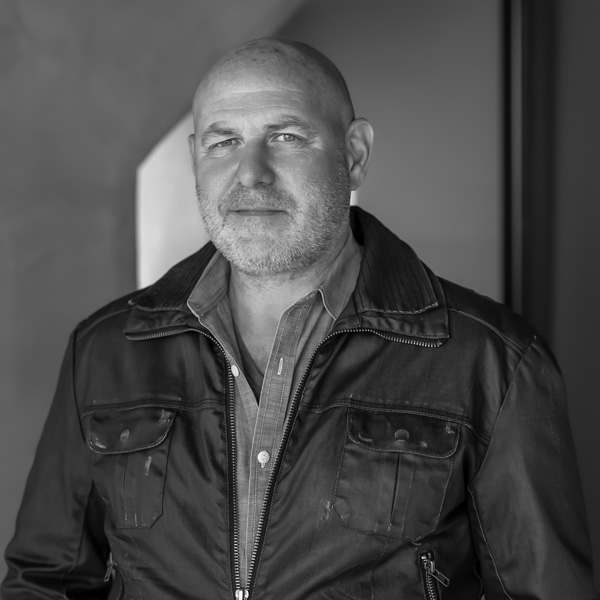 Giampiero Ambrosi is a writer, investigative journalist, and producer of documentary films. His investigation with Kief Davidson led to the recent film, The Royal Stunt. His book, Con/Artist published by Hachette in 2022 is a memoir of a world renowned art forger. He has researched and field produced numerous groundbreaking stories from the spread of AIDS through the commercial blood supply, to the illegal patenting of human genes, to the expansion of Chinese soft power in the South Pacific. He was on the teams that won the Prix Italia and received a nomination for the Galaxy Award. 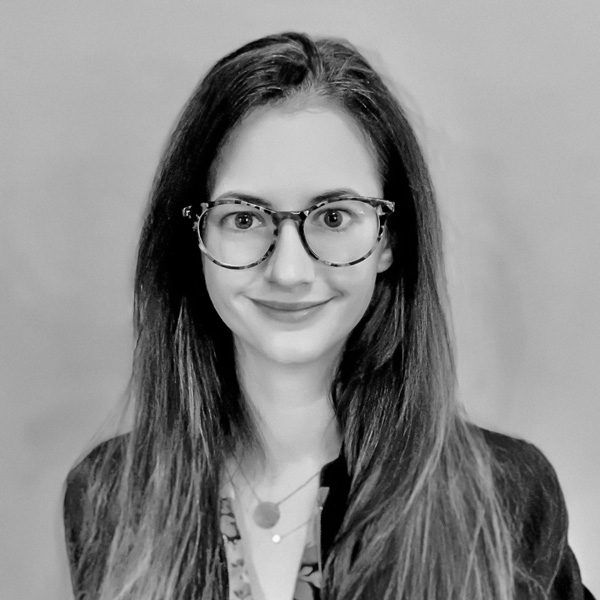 Lauren Gerber began her career at Relativity Television she worked on The Writers’ Room (Sundance), 8 Minutes (A&E), Home Free (Fox), Guy’s Grocery Games (Food), Back of the Shop (Fox Sports One), and Jack Vale: Offline (HLN). She then moved to Anonymous Content where she optioned a work-in-progress book which sold to Hulu as a three-part limited series called The Murders Before the Marathon.  Lauren also worked as a producer at eko where she developed 60 Second Cities Presents: The World Your Way and Sweet Digs Interactive, both based on popular Refinery29 digital series, as well as a slate of over 40 interactive Buzzfeed experiences. After eko, Lauren moved into development at Jupiter Entertainment where she worked on a series of Homicide Hunter specials (Discovery ID), Payback (TV One), as well as other true crime formats and character-driven series for a variety of networks. 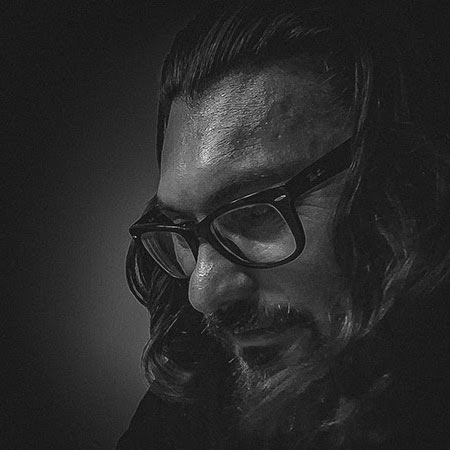 Erdem is a designer of visuals that efficiently communicate layered meanings, concepts and complex mechanisms. He contributes to Decoy projects through motion graphics, infographics, marketing and creative direction.

He has been designing professionally for more than 20 years. His portfolio spans a wide range including motion picture key-arts, album covers, corporate identities and nation brands. In addition to his individual work, he has assumed various positions and responsibilities in Los Angeles based agencies such as Iconisus, Dreamogram and Legion, serving most major Hollywood studios with more than 500 titles including Alien Anthology, Game of Thrones, Avatar, Just Mercy, Mrs. Davis, Nip/Tuck, Sons of Anarchy, True Blood, The Wire, The Chronicles of Narnia, Fantastic Four, The Incredible Hulk, Miami Vice, Munich, Kingdom of Heaven and Star Wars Trilogy. 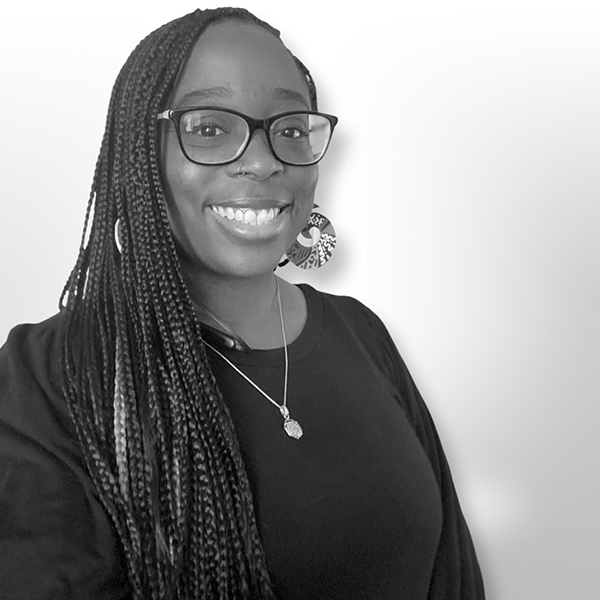 Tiffany is a finance professional with more than a decade of experience in film & television. She has always been passionate about visual storytelling, which inspired her to pivot to the world of production to join creative teams and bring their ideas to fruition while staying on budget. Prior to working with DECOY, Tiffany was a lead accountant at Nickelodeon, Amazon and FOX Sports.